Spirituality and purpose in life were sought by many especially in the years following the war, including this family.  Joanne Beckman of Duke University writes:  . . . after the second great war, the populace seemed eager to replenish its spiritual wells.  . .  (from ‘Religion in Post-World War II America’ ©National Humanities Center)

Charles had been baptized on 17 August 1930 as an 8 year old child into the Church of Jesus Christ of Latter Day Saints also known as the LDS church.  That association with this Christian non-protestant church was rising to the surface of his life after the war.  Edna’s desire and interest in religion was increasing as well, especially as she considered the upbringing and religious education of her young sons.  From her childhood, Edna desired education, both academic and religious but her life circumstances prevented and postponed her development in those areas. 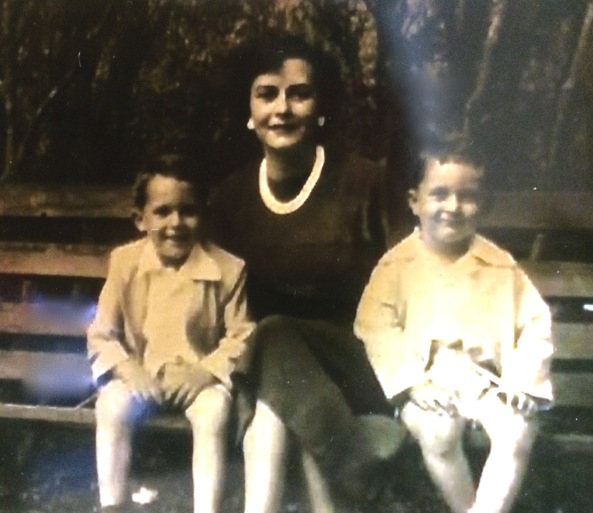 A happy picture with the missionary who taught and baptized Edna. L to R, Elder Winger, Edna, Charles.

Just 7 months earlier in December of 1949, Charles gave a Bible to Edna as a present.  There is a tender inscription on the inside page. 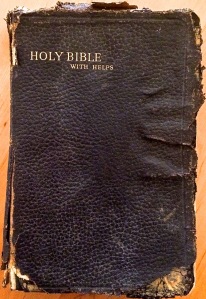 Bible Given to Edna from Charles

Inscription in Bible Given to Edna from Charles in 1949

STRENGTH IN FAMILY We are unique individuals full of passion, integrity, and vision who support each other with love. We value the development of our gifts, mind, and spirit while providing tools for growth and creativity. We work and delight in making plans for long-lasting, strong experiences wherever we may be and courageously fulfill those plans. We believe this life is a gift and trust we will continue the adventure after death.
Loading Comments...
%d bloggers like this: